A downloadable game for Windows

Year 2000, in an apartment building in Tondo, Manila, Philippines, people living around the building hear loud noises in the 2nd floor of the apartment. The bizarre noises can be heard between 2:00 AM up until 4:00 AM. The unknown anomaly was repeatedly happening every night.

You do not have any weapon against the unknown entities, the only thing you can do is to run away from them. To avoid being killed, keep your attention away from the supernatural beings.

Every object that can be picked up allows the player to remember glimpse of the past.The dark entities will show themselves when you remember something.They will try to attack you for some reason and you will eventually find out why.

In Living-mare, dying is like awakening in long run nightmares but the scenarios are always repeated. You can choose from, "Stay Safe" or "Going Into Darkness" and "Knowing the Truth in Vain".

Donation helps the dev to make the game possible full release in 2022. Thank you!

You Did A Great Job Making The Atmosphere WILD! Good STuff Void

This game definitely seems like it's going to be very fun and spooky, but the ghost just doesn't stop! Haha I'm not sure how to survive when the ghost is near, but I look forward to the full game!

Floating ghosts get me every time! Couldn't figure out how to get passed it, though. Still scary stuff!

I got hit bad w a jumpscare and closed the game. You got me good no cap. (jumpscare at 4:31)

check out my horror game

I just found out that there is a condition now after dying many times. I finished the game using the first version. Anyway i love the ambience

Reply
Meeka Nomicon5 days ago(+1)
I really enjoyed the atmosphere and the creepy vibes within the game, the shaking hand holding the camera was perfect and had me on edge. The main problem that I have is that I had no idea what I was doing, at times I just died without realising it. I did not understand if I should hide somehow from the creature, look away, or flash it. Everything I did seemed to lead to death if I was unlucky. Also the player seems to catch on the sides of doors while trying to walk through, which is really annoying especially when you are using camera flashes just to line yourself back up to door frames.

Other than that I still loved the game, even though I failed to complete it.

Thank you! i'm sorry about the first version you've played. I update the game 2 days ago. I made it easier, you don't need die several times to make progress. thank you :)

This game was very creepy. I can't wait to play the full release. Keep it up!

Reply
TokyoSid6 days ago(+1)
Really Loved the concept of the game VOIDBOX I will be playing the full release of the game when it comes out. THANK YOU (p.s I died like 40 times trying to progress forward)
Reply
VOID BOX4 days ago

Thank youu so much :)

Reply
lightshieldcrh7 days ago(+1)
This game.....gave me a heart attack. The pitch black concept with the single recharge flash camera was so scary! I loved it and cannot wait to see a full game and more content from you! Please check out my video on it and say hi while you are in the video! :D
Reply
VOID BOX4 days ago(+1)

Thank youuu :)i love your reaction

good demo only downfall is starting over again. watch below

Thank you i see another bugs in previous version. the text is always appearing :(( But I fixed the problem. Second ending is now easier to unlock.

I UPDATE THE GAME, I FIXED THE BUGS AND I MADE 2 ALTERNATE ENDINGS. TO UNLOCK 2ND ENDING YOU MUST DIE 3 TIMES. THANK YOU.:)

Hey DEV I just made a video on your game with some critiques.

First I wanna get started with my frustrations: In my playthrough I got very annoyed with the ghost A.I. constantly camping me and not moving, or whenever I need to progress to the next area the ghost doesn't wanna say Hi. Another Issue is the constant dying then going back to the very beginning. (If you want to get more of my negative feedback then go to the end of my video)

The Positives I have with this game is that I really, really love the atmosphere, the camera mechanics and the art style. I see a lot of promises in your game but with the changes I suggest in my video it would make it a lot better.

Overall if you do update this game then I will give it another shot and change my opinion.

Thank you sir! I release the new update now. Some of player experience frustration sorry for that. I created 2 Alternate endings. thank you!

Thank you for being a responsible developer and listening to the community. I will gladly play your game again as soon as possible and will give it another review on this thread.

Hi again, I played it again and it was a lot better. Thank you for taking feedback from the people and I hope you expand upon this game.

Here are a few suggestions though for the future.

I wish the best for your game and upcoming games. Thank you again.

A solid showing of taking the PT style and evolving it. The ghosts are creepy as hell, the sounds are terrifying, and the camera mechanic both helps and adds tension. Awesome work.

I'm a huge fan of the camera feature and it really got me in panic mode. My only criticism is perhaps giving directions in game, as it's pretty unclear what to do. That said, can't wait for a full release. Well done, dev!

Yah, thanks i see bugs in game play when someone knocks the door. you can able to interact the camera. my bad, the full release will release soon.Salamat <3

I fixed it sorry thank youu! :)

Reply
DragonExplosion10 days ago(+1)
Hi there, I am DragonExplosion and I am a Youtuber. If you like my videos, please leave a like and subscribe at my channel.

The game looked really cool and horrifying with the usage of dark and narrow corridors as well as the repeating of walking in the same layout of the apartment. The game reminded me of P.T. and I would say that I definitely got scared when I played it the first few times. At first, I thought I was supposed to get caught constantly by the ghosts in order to proceed but later on, I realised that there was a pattern to the movements of the ghosts through multiple playthroughs. I got a little frustrated after playing a few times as I kept on getting caught by the ghost at the start but of course, I pulled through. (perhaps checkpoints can be added?)

The storyline is quite interesting as the ghosts seem to be haunting the main character and the speculation I have about the game is that the main character might have done something horrible that led to his friends becoming ghosts as well as the fact that he is constantly living through the vicious cycle of guilt.

Some improvements are definitely more storytelling through objects (I may have missed some of them if there are more) and probably more things that the main character can do with the camera instead of just using it as a flashlight. One more thing that I had issues with during the game was that I couldn't get through the door at times because I'm too fat or I didn't angle the main character properly XD so maybe the character model can be slimmer or the door can be wider (not really a big issue, just personal opinion).

Thank you for reading my comment and I wish you good luck in your future endeavours.

Thank youu for playing! :) Yah i will update the game and fix some bugs. Thank yoouuu

Wooaaa Thank you for playing :

The AI is pretty broken :) But I see potential.

Thank youuu for playing. I will fix it thank youu :)

awesome :) looking forward to next version you put out.

Hey, it's me! The guy from FB lol. Anyway, DUUUDE!! I love the style of your game! That unique flashing camera mechanic as opposed to the usual flashlight is awesome~ The semi-PT style of looping, and the TERRIFYING sound effects made it so scary! Although there are a few bugs, and it can be somewhat confusing at times. I'm looking forward to an update or full release! Cheers!

Ohh Thank you for playing.Full version will release soon thank you :) 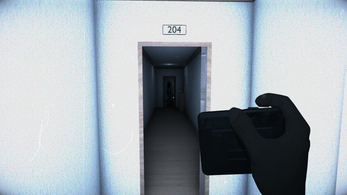 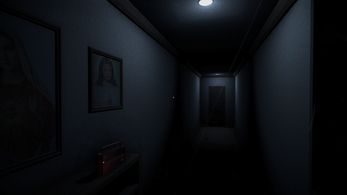 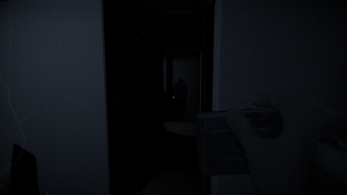 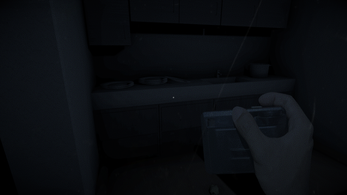